FACING YOUR DEMONS AND CONQUERING AN EATING DISORDER

YOU CAN NEVER TELL WHAT THE JUDGES ARE LOOKING FOR??? 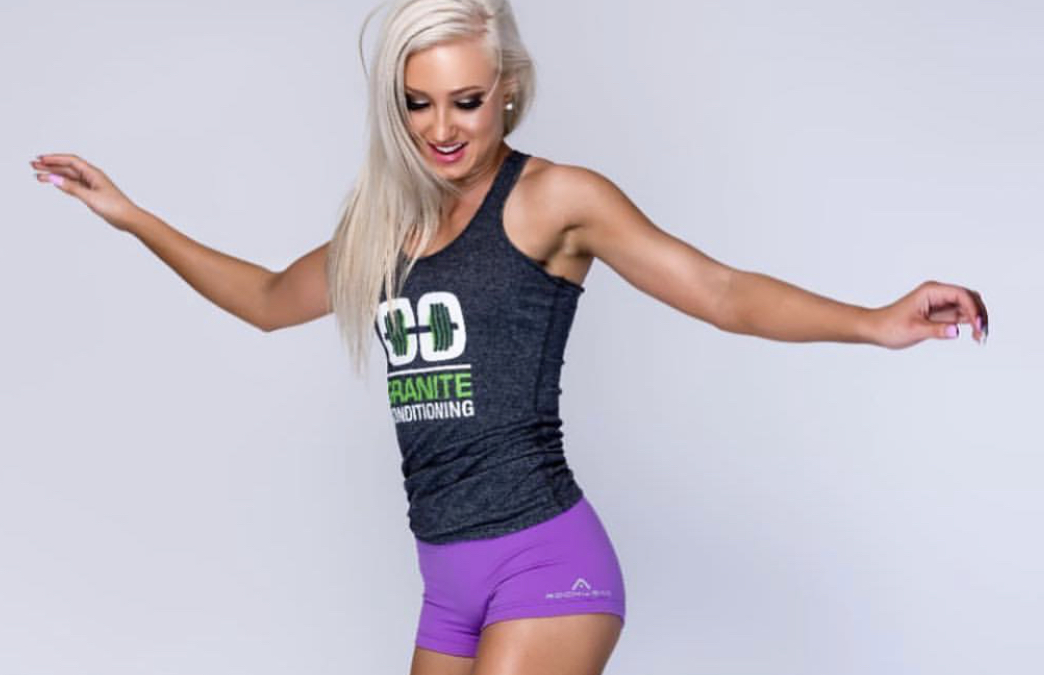 Today I wanted to share the speech I wrote for The Strong Woman Project that I spoke at in March of this year. This speech was hard for me to read a loud, and hard for me to even write.  I always try not to speak about eating disorders on social media as I fear most that it could be triggering for people going through recovery at the time.  Fort that purpose I don’t go into detail on any of the things I used to do or the ways I once mistreated myself or my body. Instead I see speaking up as a means to shed light on eating disorders. And encourage young women to speak up. Speak up to people close to you. Young women should not be taught to hate their bodies. Young women should not be taught that they need to be tiny or must lose weight to be accepted. Being you is enough. You are allowed to be confident and happy in your body.

The exert from my speech begins below:

“Have you ever woken up and thought to yourself I don’t want to be in this body anymore, or this body doesn’t feel like it’s my body, I don’t feel comfortable being in this body?

I am genuinely passionate about shedding light on eating disorders or disordered eating habits.

This is a story of my journey of learning to accept myself and appreciate my body as it is and enjoying being a stronger woman throughout the process.

This story starts with the commencement of my eating disorder back in grade 12 my final year of high school. I was a competitive state level Artistic gymnast and the captain of the gymnastics team. Needless to say, I put a lot of pressure on myself to perform not just as a gymnast but academically as well and I was a perfectionist.  I don’t remember how it started but I remember feeling like I wasn’t ever enough. In addition, as I hit puberty and gained a small amount of weight, I was unable to deal with this as acceptable. I felt like I needed to alter to my body and lose weight fast. I started starving myself which later lead me to developing bulimia.

I can remember exactly how I felt at that time, I hated my body and I hated waking up in my body. Every day when I would wake up and weigh myself I would be disappointed that I was still the same size I was yesterday. All I cared about was the number on the scale at that point and my whole life started to revolve around that.

I was very good at hiding that I had a problem and as result it took a lot longer for anyone to realize that anything was wrong at all.

I can also say that looking back at how deeply unhappy I was with myself and my life at that time, that I would never wish an eating disorder upon anyone, not even my worst enemy.

In university I started studying psychology and exercise science and during that time I realized I needed to exercise more and make “healthier” food choices. During that time my eating disorder changed from Bulimia to anorexia with an addiction to exercise.

I had finally seen big results and big change in my weight during this time. Still my life was ruled by the scales at this time. I didn’t have any interest in making friends or meeting other people in university because I was so fixated on losing weight and reaching my “goal weight”.

I did do well in my studies but I didn’t enjoy uni either.

The best way I can describe having an eating disorder to someone who doesn’t understand would be that everything was completely grey to me during that time. There was no colour in my life and no happiness.

My life was ruled by the scales and completely restricted and full of anxiety. I would only ever eat the eat same things at the exact same time of day, each day. However, the foods I did eat became more and more limited and the portion sizes I would serve myself became smaller and smaller.

I would exercise unnecessarily and excessively to try and remove my feelings of anxiety that I had about my body. I also joined online forums with other eating disorder sufferers and felt like I was more normal having a network of people who were basically encouraging eating disorders online. It was also a very competitive environment which fueled my restricted eating habits and excessive exercise even more.

The turning point came for me several years later I would have been 21 or 22 and I stepped on the scales one weekend and I saw that I was 37kgs, at the same height that I am now (163cm). And I remember thinking absolutely nothing, I wasn’t pleased with myself for the effort I had put in to lose weight and how disciplined I had become. I felt nothing. I still wasn’t happy with myself or my life. I was a very unhappy person overall.

I realized in that moment I would never be happy no matter how small I got, or how light I got that there would be no end to the amount of weight I could lose. I would always need to keep losing weight in order to feel even a little bit pleased with myself.

The thing was the issue wasn’t actually about weight and it was never about my weight. I was never even a little bit over weight my entire life. But I always felt uncomfortable and self-conscious in my body for more than a decade.

I think the biggest thing I realized back then when I wanted to change was that I wasn’t happy and that there were bigger issues than just not wanting to gain weight.

There does come a point in your life when you realize you HAVE to OWN your own life and you have to be responsible for your own happiness.
No one is going to HELP you become the woman you want to be, you have to do that all for yourself on your own and want it for yourself.And I truly believe that setbacks and difficult times in our lives do not define us.

I believe if you continue to focus on them and go back to them as reasons why you aren’t where you want to be then you are basically living in the past and preventing yourself from moving forward into a more positive place.

So, from that point it took 3 solid years of work to recover from my eating disorder and from then onwards I genuinely starting showing up every day as the woman I wanted to be not the person I was.

I don’t like to revisit how poorly I treated my body back then and how much I hated my life. All that I can do is make sure I never fall back into that place and that I always look after my body every day moving forwards. I am grateful my body is now functioning optimally.

After I had recovered completely I realized I still didn’t have the body I wanted. Even though I was still very active and made healthy food choices, I still didn’t have the strong physique I wanted. I had become quite weak and small and I wanted to be stronger and feel proud to be in my body.Back then I looked like I had never stepped foot in a gym, even though I had once abused cardiovascular exercise like crazy. I also noticed that everyday tasks like lifting basic things like grocery bags or a back pack was too heavy for me.

I wanted to do something I thought I could never do and give it a solid go, and that goal was to step onstage as a fitness model or bikini model in a bodybuilding show.

I set out to find the best possible guidance and advice I could find to learn how to change my physique and change my body day by day. I knew this wouldn’t be a quick transformation. I knew it was going to take possibly years to build a physique to step onstage and be proud of but I was willing to do the work, and I was in it for the long run now.

I met Coach Deasy and he taught me about training for a purpose and training to build a particular physique and under his guidance I stopped doing excessive amounts of cardio that I was once addicted to. He actually told me to do no cardio, and to be honest I was relieved.

I got stronger and I learnt how to understand macro nutrients and as a result I was able to see food more appropriately, as fuel for my body.There were no foods that we good or bad. There were no safe or unsafe foods. Everything was reasonable when I tracked it to hit my daily macro nutrient targets for each day. I felt like for the first time I also truly trusted myself now to make well educated decisions about the food I wanted to eat.

Building a strong body doesn’t mean you will automatically become confident and appreciate it. Becoming a strong confident woman is not just a physical change it is also a huge mental change.

If I look back to the person I was the day I started bodybuilding vs the person I am now they are two completely different people.

I’m not going to lie I still have issues sometimes seeing my body exactly how it is. I still get confused sometimes.

But at the same time, I am so much more confident and comfortable in my body than I have ever been before in my life.

As I started bodybuilding I enjoyed being stronger and watching my physique change during prep in the lead up to show.

I initially set a goal for myself to simply fit in onstage to look like belonged there in that line up. When I conquered that goal, I set myself more goals relating to competing each season. Each goal was reasonable and well timed with my coaches help 100% of the way.

When I truly believed I could win, there was nothing that could stand in my way. I worked hard from 2015 to 2018.

For my first few seasons I had a really good time onstage and I really enjoyed myself each time I got to step onstage.

At the end of 2016 I went overseas to compete in Bali and won in all of my novice line ups at that show.

In the conclusion of 2018 I placed 3rdin the Bikini Pro line up in ICN Worlds on the Gold Coast and I also travelled to Manila to compete as a Bikini Pro in ANB.

That year I also finished my certs and I realized the health and fitness industry was truly the place I wanted to help people most.

I have learnt to appreciate my body and love the woman I have become over the time I’ve been bodybuilding.

I truly feel like now my life is full of colour, and it is positive because of the steps I took to recover and the goals I later set to learn how to transform my physique and my own mental health.

The biggest thing that also helped me was becoming well educated in training correctly and fueling my body correctly for my desired goals.

Happiness and strength, doesn’t come from winning it comes from Growth”. 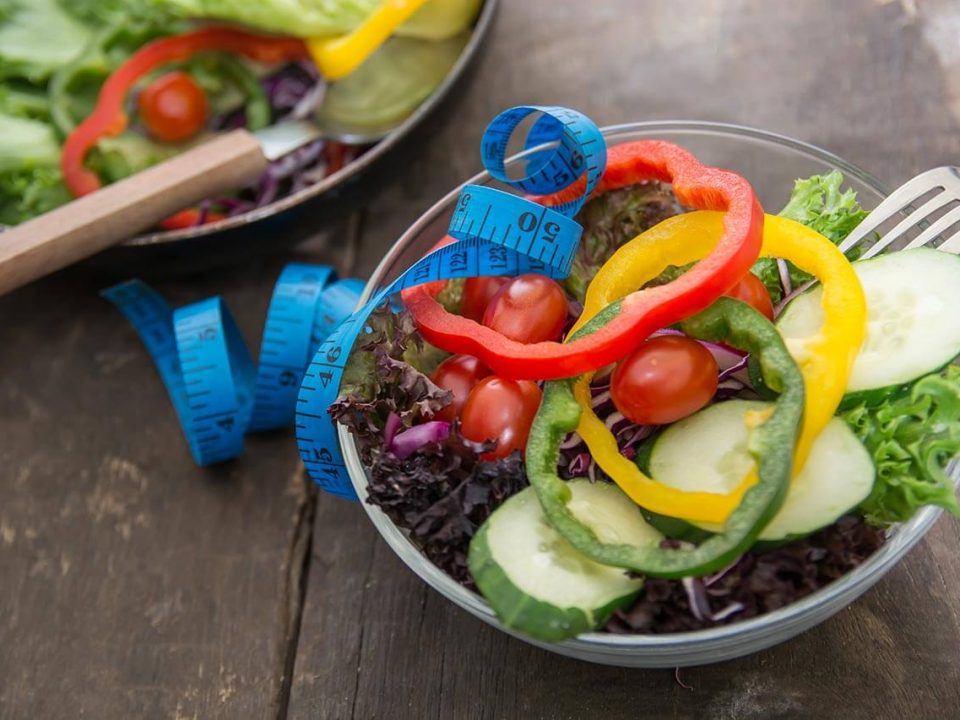 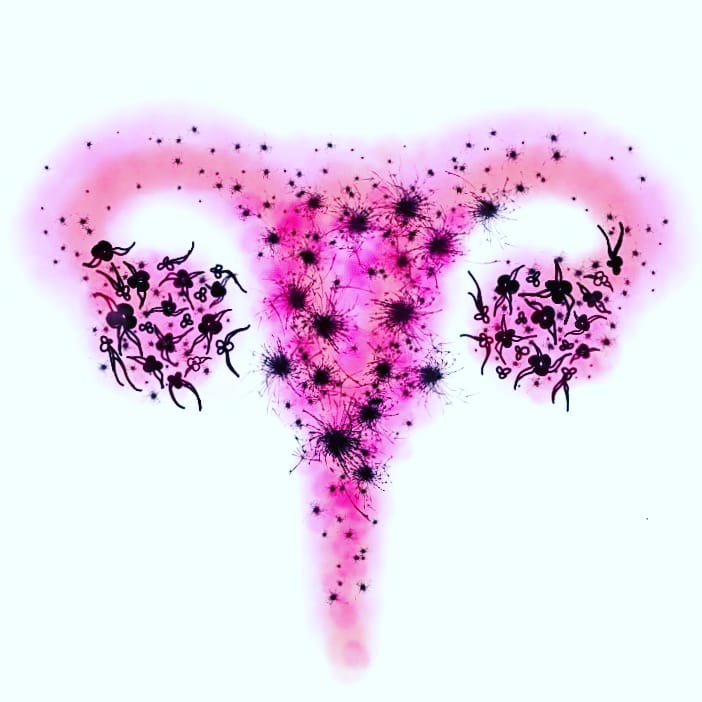